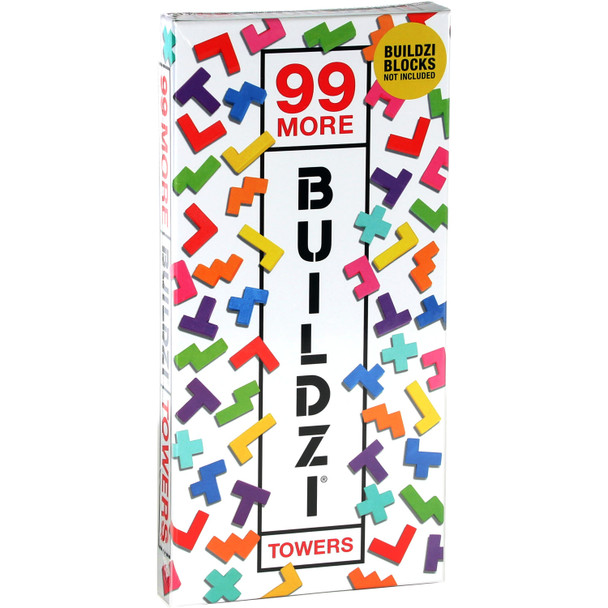 BUILDZI is a speed-building game by the creators of TENZI. There are lots of different ways to play BUILDZI. This is the simplest way. It's called "Tower Card BUILDZI." Up to four people can play BUILDZI and if you play in teams, up to eight people can play! BUILDZI won the "Best Toys for Kids" (Games 8+) awarded by The American Specialty Toy Retailers Association.

MSRP:
Now: $33.99
Was:
Looking for a fun way to spend the evening with friends and family? Look no further than this beautiful puzzle by Ravensburger! Each one is made from high-quality, sturdy backing material guaranteed...

MSRP:
Now: $14.99
Was:
Everyone gets ten dice. Someone says "Go." Then everyone rolls and rolls as fast as they can until someone gets all their dice on the same number. Sure, there are a few more rules, but you get the...

MSRP:
Now: $19.99
Was:
Slapzi is a fast paced, quick thinking card game from the makers of Tenzi. Flip over one clue card at a time as players scramble to find a card in their hand that they can slap down before someone...

MSRP:
Now: $20.00
Was: $24.99
Cacamamie Game Cacamamie - The number #2 game in America, is a party game for immature adults. Fun card game with a mix of trivia, all-play, voting and charades. Ideal for get together, cabin,...

MSRP:
Now: $6.99
Was:
Snap-perz are a fun and super fun fidget that fits in one hand! Just hold between your palm and fingers and squeeze to hear the snap. Recommended for ages 3 and up.

MSRP:
Now: $19.99
Was:
25 Words or Less Game In this fast-paced party game based on the hit TV game show, two clue-givers bet on how few words they'll need to have their teammate(s) guess five secret answers, starting at...

MSRP:
Now: $19.99
Was:
Me Time Tractor Meal Set Make every kid's meal a power meal. Divide your daily harvest into fun sections to manage healthy portions, and watch your child plow through every meal with enthusiasm...

May The Course Be With You Vintage Crusher men's tee

MSRP:
Now: $28.00
Was:
"May the course be with you."  The crusher style tee is a little more form fitting. It's lightweight and garment-washed to soften things up. 80% USA grown Cotton, 20% Polyester

MSRP:
Now: $19.99
Was:
Sensory rollers are great for kids to play with! Made from 100% food-grade silicone (BPA free) with soothing chimes inside of each ball. Good for motor skills, tactile sensory, hand eye...