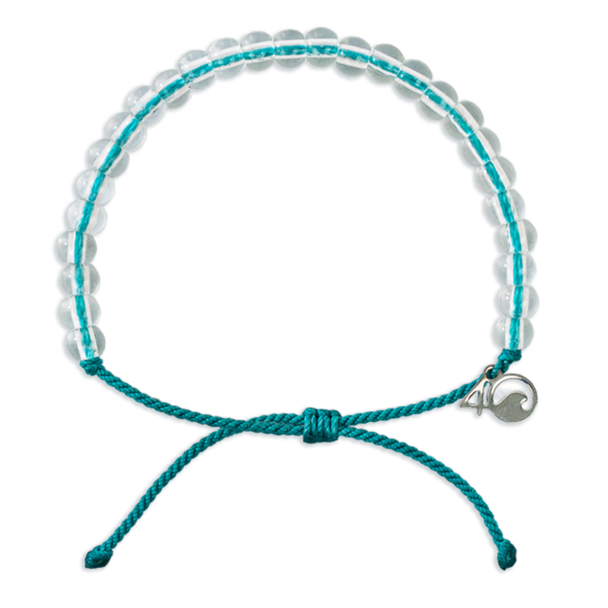 4Ocean is a company with the desire to preserve our oceans natural state for future generations by removing as much plastic waste as possible.

The idea came about when owners Andrew and Alex took a surf trip to Indonesia. While the surfing was more than gnarly, the amount of plastic trash in the waters was the far from gnarly. With a new found passion, the two returned home and created their company- 4Ocean. An initiative set in place by the ocean, for the ocean!

Each bracelet that sold comes with the promise of removing 1 lb. of plastic waste from the oceans or coastlines. Since their journey began less than two years ago, 4Ocean is responsible for the removal of over 1,257,000 lbs. of plastic waste. Join the movement today with the purchase of your very own 4Ocean bracelet.

MSRP:
Now: $7.99
Was:
Plus Plus are all one shape, but they bring building to a whole new level. In this set you are building a Dolphin (instructions are included) but your imagination can bring anything to life! 70 pc...

MSRP:
Now: $3.99
Was:
The Zooming Saucer - Glow By land or by sea, The Zooming Saucer is a fun flying and catching toy. Hold it like you would a skipping stone and throw it with a sidearm toss. Go for a fancy catch or go...

MSRP:
Now: $5.99
Was:
Hi There - You're a Gem Be curious; take the road less traveled. There's no telling what gems you might unearth along your journey. In the meantime, start by growing crystals at home between video...

MSRP:
Now: $7.99
Was:
Hi There - Succulent Sculpture No green thumb? No prob- use these clever connectors to create a cactus that requires no water, soil, or light. 25 clever connectors and plant pot display and storage...

Hi There - Pick Me Ups

MSRP:
Now: $5.99
Was:
Hi There - Pick Me Ups Live a colorful life with bold strokes! Step one: Pick a card design that brings you joy. Step two: Colorize and display (or share with a friend).You get 10 coloring cards (5...

MSRP:
Now: $9.99
Was:
Hi There - Magna POP Art Oddly satisfying to the eyes and ears. Use the laws of magnetic attraction to create your own temporary POP art installation. With an open mind, the impossible becomes...

MSRP:
Now: $9.99
Was:
Hi There - Butterfly Effect Embrace the unpredictable, but don't let chaos theory keep you from creating the perfect sculpture. This kit includes 8 metal butterflies, 16 stickers, magnetic base, and...