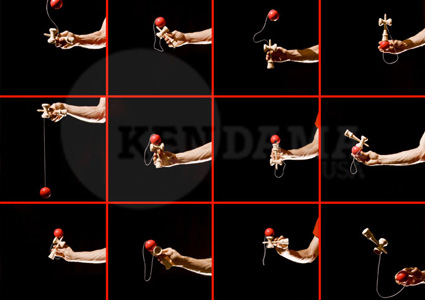 The KendamaUSA staff was first introduced to Kendama in 2006 while touring in Japan.  All their good friends were always playing while they waited at train stations, bus stops, and while walking around the cities.  They got their first Kendama in Downtown Tokyo, and showed all of their friends when they got back home.  The entire Kendama USA pro team even had the golden Mugens before they were discontinued.  Everybody’s curiosity and enthusiasm inspired the crew to start KendamaUSA and help introduce people from all over the world to this great skill toy.  People from all over the world have now been exposed to the Kendama, and the staff at KendamaUSA is proud to say that if you live outside Japan and have played, it is almost surely because of KendamaUSA efforts to expand and grow the excitement of this amazing skill toy.