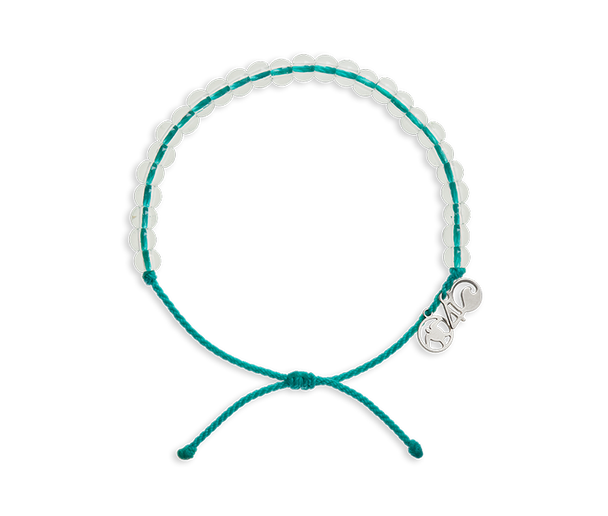 4Ocean is a company with the desire to preserve our oceans natural state for future generations by removing as much plastic waste as possible.

The idea came about when owners Andrew and Alex took a surf trip to Indonesia. While the surfing was more than gnarly, the amount of plastic trash in the waters was the far from gnarly. With a new found passion, the two returned home and created their company- 4Ocean. An initiative set in place by the ocean, for the ocean!

Each bracelet that sold comes with the promise of removing 1 lb. of plastic waste from the oceans or coastlines. Since their journey began less than two years ago, 4Ocean is responsible for the removal of over 1,257,000 lbs. of plastic waste. Join the movement today with the purchase of your very own 4Ocean bracelet.

MSRP:
Now: $25.99
Was:
Body and fins will with air. A string bridle with a attached swivel makes this easy to hang. Made from weather resistant polyester fabric 38" H x 36" W x 6" D

MSRP:
Now: $20.00
Was:
4Ocean is a company with the desire to preserve our oceans natural state for future generations by removing as much plastic waste as possible. The idea came about when owners Andrew and Alex took a...

MSRP:
Now: $39.99
Was:
Evolution Game Evolution is an award-winning board game where 2 – 6 players adapt species in an ever changing ecosystem with hungry predators and limited resources. Traits like Hard Shell and...

MSRP:
Now: $16.00
Was:
The Jive bag is smaller than the Jo Jo by Dakine, and features the main pouch to store plenty of items and one outside zipper pouch to store smaller items you need to take with you on the go. It's...

MSRP:
Now: $14.99
Was:
Enjoy lacing all of the strings through the animals!  Includes all necessary pieces for building. Recommended for ages 2 and up.

MSRP:
Now: $69.99
Was:
A fantastic outdoor game for all ages!  With two teams of two, you're playing a crazy and active game of 'volleyball'.  Play it on the beach, or really anywhere to have fun and get...

MSRP:
Now: $29.99
Was:
This kite was designed for the flyer who wants zero percent frustration and one hundred percent fun! Simple assembly and no-hassle flying make these beauties the easiest kites to fly.Line is...

MSRP:
Now: $16.99
Was:
Build a working dragon robot that opens, closes its mouth and moves forward! Includes all necessary pieces to build the robot except 1 AA battery and a small cross-head screwdriver. Recommended for...

MSRP:
Now: $28.00
Was:
Van Go! Design features a van with a sunset in the background. Great for camping or casual wear! The crusher style tee is a little more form fitting. It's lightweight and garment-washed to soften...

MSRP:
Now: $8.99
Was:
A rummy-type card game with an exciting twist! Play with friends and family in large groups. Contains 110 cards and instructions. Recommended for ages 6 and up.